renewable energy
Germany may enter recession due to a gas supply crisis
Analysts at Deutsche Bank predict that the German economy will enter a recession as a result of Russia’s restrictions to natural gas supplies and the larger economic consequences from the conflict with Ukraine. „An anticipated further drop in Russian gas supplies after the maintenance of Nord Stream 1 would require
Read More

Renewable energy is growing, but potential issues are lurking
According to a recent analysis by the International Energy Agency, global expenditure on clean energy will increase by 12 percent in 2022, hitting $1.4 trillion as the globe pours money into renewables, electric cars, and energy efficiency. IEA’s annual evaluation of global energy investment reveals an acceleration of the energy
Read More

Importance of Renewable Energy in the Fight against Climate Change
Due to a major mix of factors including the Ukraine conflict, growing energy costs, and climate change, renewable energy has never been more important. Given that it is presently more cost-effective to produce energy from renewable sources than it is to create energy from fossil fuels, how may hastening the
Read More
The Significance Of Renewable Energies In Societal Development
While there is a growing awareness among younger generations and a series of government policies aimed at resolving the problem of global warming through industrialization in pursuit of economic development, there is also a growing awareness of the importance of renewable energies in societal development. It is commonly known that
Read More

The Climate Crisis May Be Addressed With The Help Of Tech Enterprises And Neutrinovoltaic Energy
During the past years, the stock market values of large IT businesses as well as atmospheric CO2 concentrations have both soared. Big IT companies use a tiny fraction of the energy they use in relation to their overall economic, social, and even environmental effect. Although they have a significant financial,
Read More
Forbes: Have Scientists Cracked One Of The Biggest Mysteries Of Modern Physics?
The answer to that question is an interesting one, which depends on how one understands the statistical analysis of complex experiments. The experimental result could be the early signs of something big, but it is also important to be appropriately cautious. So, what really happened? It starts with an announcement by a consortium
Read More
The Ecological Ramifications of Neutrino Energy
These days, there’s a major international push to stop the environmental abuse caused by fossil fuels. Amid all the climate change hysteria, it’s easy to miss the bigger ecological disaster that petrochemicals have caused: plastic and toxin accumulation. The production of petrochemicals releases carcinogens and genetic modifiers into the food
Read More
The China Example: Neutrinovoltaics Help Renewable Energy Infrastructure Grow
Renewable energy is unmistakably the way of the future. As a species, we can’t continue to rely on fossil fuels, and nuclear energy still has many flaws despite recent advancements. To meet the energy needs of the coming age, it’s essential to invest heavily in renewable energy development, but a
Read More
Is Renewable Energy Possible Without Environmental Degradation?
To wean humanity off fossil fuels, environmental activists, entrepreneurs, and government agencies are looking everywhere for renewable energy solutions to power humanity’s future. In most parts of the world, solar and wind power are the most popular types of alternative energy, but both of these renewable electricity sources have detractors
Read More 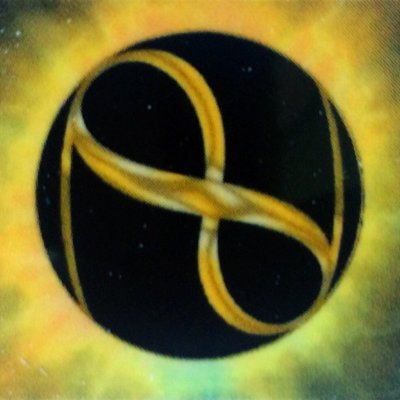 Projects that are converting Neutrinos to the Energy of the Future
Many wars across the globe can be linked back to mankind’s struggle for renewable, clean energy sources. Today, a german team lead by Neutrino Group’s CEO, Holger Thorsten Schubart, works on just such an energy source. The team is putting together technology to convert cosmo-sourced neutrino energy into electrical power
Read More
Latest Posts