Bringing to you the energy of the future.
Neutrino Wiki: About Us 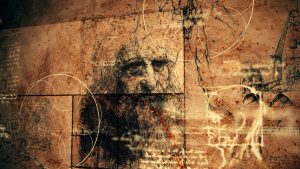 A few years ago, lots of people believed that neutrino energy is just a form of science fiction, and many thought that our present technology wouldn’t able to produce one. There are also people who are saying that our physical capabilities are limited, and it is not enough to create and harness neutrino energy. However, everything changed as scientists have discovered a way on how to produce the energy, and it instantly became news around the world.

In 2015, Takaaki Kajita, a scientist from Japan, and Arthur McDonald, a physicist from Canada, discovered that neutrinos have masses. Neutrinos are one of the smallest cosmic particles, scientists thought that they do not have mass, but some are speculating that it might have its mass because it is a form of matter. Takaaki Kajita and Arthur McDonald developed their mechanism to find out the crucial information about neutrinos. Their research was presented to the scientific community, and they won the Nobel Prize for Physics because of their monumental discovery. The two scientists were independently working on their research but came up with a similar conclusion, and it fueled the scientific community’s interest in neutrinos and how it would be beneficial to society. However, as the news about their discovery swept the planet, only a few people cared about it, and most are unaware of its importance.

Those who believe that Neutrinos could be an energy source cite the Theory of Relativity by Albert Einstein.

Neutrinos are considered as particles with a high-energy supply, and they keep on reaching Earth without any abrupt end. These particles are invisible to the naked eye, and humans would not be able to perceive them, unlike the light spectrum which produces different colors. The discovery that these tiny particles have mass is essential to the scientific community because it has the potential to become an infinite energy source. Those who believe that they could be an energy source cite the Theory of Relativity by Albert Einstein. They claimed that the theory’s most famous equation, e=mc2, states that anything that has mass must contain energy. Scientists have been experimenting about this for years, and under special conditions, they managed to create a small portion of energy. However, scientists who are involved in this research are mocked, and critics of harnessing neutrinos as a source of energy stated that the energy it will produce is unusable. To some extent, they refer to the energy from neutrinos as an illusion and non-existent. Despite the negative views about the research surrounding neutrinos, scientists who are involved in the project continue to do further research to prove the critics wrong.

Supporters of the technology surrounding neutrinos are saying that the establishment of a power plant for the particle would be similar to the existing solar panels we have on Earth today. They also believe that harnessing this energy from the sun can be completed in a few years. The principle that they will be using is the same principle applied in solar cells. The only difference would be its capability to operate even in the dark, and it would not require a light source to work. The kinetic energy exerted by the neutrinos will be converted into electricity, and this will be the primary source of power for those who are on Earth. The cells that will be built to harness the power of neutrinos will transform a portion of the invisible spectrum into energy, and it will supply the world with infinite power. This will produce drastic changes on Earth, and business models would undergo extreme changes. There will also be an impact on the world’s economies and industries, with some sectors relying entirely on the production of other forms of energy shutting down completely. 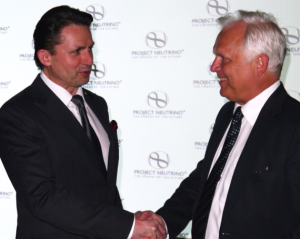 Scientists from a group supporting the development of neutrino energy have partnered with Holger Thorsten Schubart, and their main goal is to create a device that will convert the kinetic energy released by these particles into electricity. They will try to use the energy to power up mobile phones, and if the experiment becomes successful, the devices that they will be developing will soon be used to charge electric vehicles, and it will be further developed to support entire homes.

According to their project blueprint, the energy harnessed from these particles will be transported into cubes, and in the future, these cubes will help cities regulate their heating and energy. It will put an end to Earth’s reliance on oil and petroleum, and it will also produce a positive impact on the environment. The power cubes that will be developed can be used anywhere around the planet, eliminating the system wherein energy will be produced in a central station and distributed to its satellite power plants.

Harnessing neutrinos for their energy will change the world drastically, providing us with a future that is full of opportunities. The new technology will stop the wars for oil, and it would also help the planet heal. Centuries of industrialization have produced irreversible damages to the environment, and it is time for us humans to change our practices for the sake of our home planet. As of now, the plans of the scientists are still considered as a vision, but people around the world are starting to support them, and there is a growing movement who wanted to let it happen in real life. There are now calls to the governments of the planet to support the idea of harnessing energy from neutrinos, and the organizers of these groups are saying that it is our only chance to restore the planet to its previous condition.