Particle physicist Lindley Winslow seeks the universe’s smallest particles for answers to its biggest questions. When she entered the field of particle physics in the early 2000’s, Lindley Winslow was swept into the center of a massive experiment to measure the invisible. Scientists were finalizing the Kamioka Liquid Scintillator Antineutrino

Groundbreaking Memorandum of Cooperation Marks New Era of International Neutrino Energy Research
In honor of the anniversary of its founding, the Centre for Materials for Electronics Technology (C-MET) in Pune, India has announced a deepening cooperation with Berlin, Germany’s Neutrino Energy Group. Chaired on C-MET’s side by Dr. Vijay Bhaktar and inaugurated by Dr. Holger Thorsten Schubart, head of the Neutrino Energy
Glashow resonance is spotted in a neutrino detector at long last – Physics World
Physicists working on the IceCube Neutrino Observatory in Antarctica say they have made the first observation of the Glashow resonance – a process first predicted more than 60 years ago. If confirmed, the observation would provide further confirmation of the Standard Model of particle physics and help astrophysicists understand how
MoS IT Shri Sanjay Dhotre Inaugurates International Conference On Multifunctional Electronic Materials & Processing- 2021
New Delhi: On the occasion of 30th foundation day of Centre for Materials for Electronics Technology (C-MET), Shri Sanjay Dhotre, the Union Minister of State for Education, Communications, Electronics & Information Technology, Government of India, inaugurated today the International Conference on Multifunctional Electronic Materials & Processing (MEMP 2021). Several dignitaries
UVic researchers advance knowledge of the universe
While advancing our most basic knowledge of the world around us is itself a worthy goal, we also recognize that many of the most important technological advancements in the past 150 years in areas such as communications, energy, medicine and computing have arisen from discoveries in fundamental science. We hope
The Neutrinovoltaic Paradigm Will Support Global Financial Stability
As is apparent with the rise of cryptocurrency and the consumerization of the stock market, we are in the midst of a revolutionary change in global financial systems. With hyperinflation a very real possibility on the horizon, the Neutrino Energy Group intends to shore up the world’s economic infrastructure with
Why Doped Graphene Is the Key to Neutrino Energy Solutions
Long doubted or even ridiculed for his steadfast belief in the energy-production potential of neutrinos, Neutrino Energy Group founder and CEO Holger Thorsten Schubart has recently proved the everyday practicality of his seemingly otherworldly neutrinovoltaic technologies. At the center of the neutrino energy revolution is doped graphene, a unique nanomaterial
Scientists claim that all high-energy cosmic neutrinos are born by quasars
Scientists of the P. N. Lebedev Physical Institute of the Russian Academy of Sciences (LPI RAS), the Moscow Institute of Physics and Technology (MIPT) and the Institute for Nuclear Research of RAS (INR RAS) studied the arrival directions of astrophysical neutrinos with energies more than a trillion electronvolts (TeV) and
A new PROSPECT for national security – via neutrinos
Spotting neutrinos is a thrilling scientific endeavor in and of itself, but it may also be a matter of national security. Neutrinos — specifically, their corresponding partner, antineutrinos — are elusive, elementary particles that pass through most of the universe without being affected. One way that scientists have attempted to
Recently Added
Recently added contents and articles.
Neutrinos in the media
The Pi – Harvesting the energy of vicinity
The original article can be found on Forbes India: https://bit.ly/3e88gJf The Car Pi: Invisible radiation converted by metamaterials will power the electrical vehicles of tomorrow New Member of Neutrino Energy Groups Scientific Advisory Board to Develop Electric Car with Metamaterials In India and elsewhere around the globe, consumers are being incentivized to
Invest in the future: Neutrino Energy
Just a decade ago, leading scientists scoffed at the idea that neutrinos could be harnessed for energy. Long dubbed the “ghost particle,” the neutrino was seen as ephemeral and essentially useless. With the discovery that neutrinos have mass, it became apparent that these particles also have energy. Preliminary experiments have
Science Mag: Trilayer graphene shows signs of superconductivity
Last year, physicists reported that, when chilled to 1.7°C above absolute zero (–273°C), sheets of carbon atoms two layers thick can conduct electricity without resistance, allowing electrons to whiz through the material without losing any energy. The double sheets of carbons, known as bilayer graphene, have captivated researchers because their
The Solution to the Demands of the Electrical Era 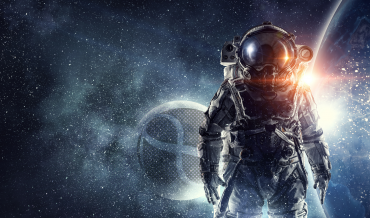 The technology for harnessing neutrino is becoming a reality

The time has come for a technological revolution 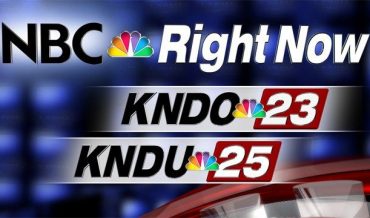 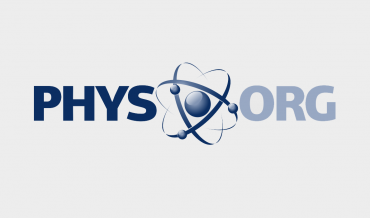 Work on neutrino win McDonald the Nobel Prize in physics

What is Neutrino Energy?

“The harness of waterfalls is the most economical method known for drawing energy from the sun,” observed the famed scientist Nikola Tesla. Yet, recent discoveries of unusual properties of a tiny subatomic particle may make Tesla’s opinion obsolete. Modern researchers are now convinced the neutrino is the source of abundant, clean, renewable energy.

The Neutrino: A Mysterious Particle

The idea that matter is made up of small building blocks is very old. Ancient Greek thinkers like Leucippus suggested such a theory and even coined the term “atom” as the name of the tiny unit. By the 1800s, modern scientists expanded on this idea and began to unlock the secrets of the atom. They discovered that atoms were made up of smaller “subatomic” particles like electrons.Yet, these early physicists did not realize that even smaller particles existed until radioactivity was discovered near the beginning of the 20th century. Ernest Rutherford, an early British researcher in radioactive elements, discovered that electrons were emitted when a radioactive substance decays. Further study revealed that there was an unexplained loss of energy during this decay process.

The law of the conservation of energy tipped off scientists that there must be a mysterious particle which contained the missing energy. Physicist Wolfgang Pauli theorized that an unidentified sub atomic particle is emitted along with an electron during the decay process, and called it a “neutron.” In 1931, Italian physicist Enrico Fermi renamed the particle “neutrino” to distinguish it from the just discovered larger neutral particle, the neutron.

It would take scientists another 25 years to verify the existence of neutrinos. In 1956, Los Alamos scientists Clyde Cown, Frederick Reines, and three other researchers detected neutrinos in laboratory experiment that used large tanks of water located near a nuclear reactor. The physicists were able to detect neutrinos emitted from the reactor by recording their interactions with protons in the water. This was the confirmation of Pauli’s theory and proof that neutrinos did exist. The team of scientists eventually won the 1995 Nobel Prize for their discovery.

However, the potential of the tiny particle was unknown at first, since researchers believed neutrinos lack any mass. Without mass, there would be little practical benefit to be harnessed from the sub-atomic particle. It would take another generation of research before the value of neutrinos would be seen.

The Valuable Properties of the Neutrino

Researchers have found that neutrinos possess some valuable properties. First, the tiny particles have mass. This fact eluded scientists for many decades. “Scientists have assumed for decades that, because they interact so little with matter, neutrinos must lack any measurable mass,” writes Jennifer Chu of the Massachusetts Institute of Technology.This belief changed when scientists discovered that neutrinos oscillate. Two physicists, working independently of each other, discovered that neutrinos can change between three different “flavors.” This is called “oscillation.” Takaaki Kajita and Arthur B. McDonald shared the 2015 Nobel Prize in Physics for their simultaneous discovery of this feature. For oscillation to occur, a neutrino must possess mass.

While the mass amount is so small that it makes it difficult to measure it, this characteristic of a neutrino is still immensely important as a energy source. This is due to energy’s special relationship with mass. Einstein’s Special Theory of Relativity described this relationship in the famous equation E=MC2, which revealed that mass can be converted into energy. With trillions of neutrinos reaching earth each day from the Sun, vast amounts of energy can be harnessed if science can unlock the process to convert neutrino mass to electric energy.

Another important property of the neutrino is its “ghost-like” nature. The particle is so small that it does not interact with other materials. This means neutrinos pass through solid matter as if it did not exist. Scientists estimate that billions of neutrinos pass through the Earth each day. This feature means that it would be possible to produce energy anywhere on the face of the earth at any time from sun’s neutrinos – even when a location is facing away from the sun.

The Vast Possibilities for the Future

With an increased understanding of the neutrino, many possibilities exist for practical applications. First, neutrinos may improve monitoring of nuclear weapons. Since every radioactive material produces neutrinos, the production of nuclear weapons by rogue nations could be monitored with detectors tuned to identify neutrinos from a great distance. “[Such a] device would consist of a tank containing thousands of tons of gadolinium-doped water and could theoretically detect antineutrinos from an illicit reactor up to 1,000 kilometers away,” writes Jesse Emspak for Scientific American.Second, neutrinos may be useful in researching the inner depths of the Earth. This is due to the tiny particles’ reactions when passing through materials. A neutrino spins as it travels, and this movement is influenced by the material through which it passes. Scientists believe they could develop neutrino scanners which could “see” into the Earth’s core and identify specific minerals or oil deposits.

Third, communication systems could be improved with the harnessing of neutrinos. Electromagnetic radiation has been the traditional medium for transmitting communication, but it has its limitations. For example, seawater interferes with efficient communication with submerged nuclear submarines. Yet, neutrinos easily pass through seawater, which would make them an idea carrier of communication. While physicists have long theorized that neutrino-based communication was possible, it was not proven possible until a 2012 experiment at Fermilab in Batavia, Illinois. Researchers there used the lab’s neutrino beam projector to transmit the word “neutrino” 1 km.

Finally, the greatest potential benefit of neutrinos is the production of energy.

Though scientists have long dismissed the idea that neutrinos could serve as an energy source, the 2015 discovery of the mass of the neutrino convinced some in the field of science and industry that neutrino energy is possible. Neutrino, Inc. is a U.S. company focused on harnessing the power of the tiny particle. Collaborating with its subsidiary, Neutrino Germany GmbH, Neutrino, Inc. is currently developing neutrino-powered devices that can charge small devices like smart phones. Once this is achieved, the company then will tackle the challenge of developing a charging cell large enough to power an individual home.

“The future is green energy, sustainability, renewable energy,” said former California Governor Arnold Schwarzenegger. The tiny neutrino may be the key to unlocking a future of abundant, clean energy.