Importance of Renewable Energy in the Fight against Climate Change 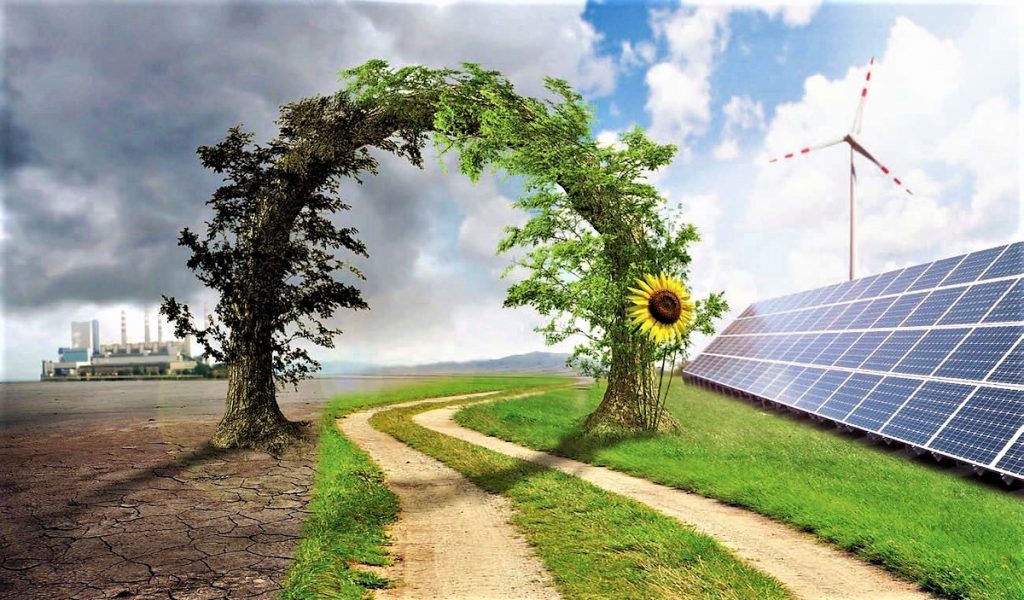 Due to a major mix of factors including the Ukraine conflict, growing energy costs, and climate change, renewable energy has never been more important. Given that it is presently more cost-effective to produce energy from renewable sources than it is to create energy from fossil fuels, how may hastening the transition to net zero energy benefit us all?

Until recently, fossil fuels met almost all of the world’s energy demands. As we have become more aware of the dangers that greenhouse emissions pose to our livelihood, the development of clean, renewable energy sources has accelerated.

Currently, at this rate, global coal, natural gas, and crude oil consumption is not only plausible, but also inevitable in the near future. The reduction of fossil fuel use may be helpful for the environment, but can we afford to do so at this point in time? What is the true cost of renewable energy sources? Take a closer look at what I’m saying.

Figures might be tough to pin down since they typically vary depending on who you question. Some people continue to reject climate change or even that fossil fuels are limited. They will provide data „showing“ that renewable energy sources are prohibitively costly. However, there are climate activists who will manipulate the numbers in order to produce an equally skewed result.

Pragmatists respond with the question „whatever the cost, can we afford to not do it?“ It is a proven fact that fossil fuels are decreasing, and whether supplies last for 50, 100, or 150 years, our way of life will be substantially altered if there is no more fuel for electricity or natural gas production.

Similarly, many people throughout the globe have begun to notice substantial changes in the weather, such as no longer receiving snow in the winter and experiencing record-breaking temperatures and dry spells in the summer. If we don’t act quickly, the world’s climate will change dramatically for the worse.

According to the International Renewable Energy Agency (IRENA), the cost of renewable energy in 2019 was equivalent to that of fossil fuels.

The cost of establishing new fossil fuel facilities varies between $0.05/kWh and $0.15/kWh. In contrast, hydroelectric electricity costs an average of $0.05/kWh, onshore wind, solar PV, biomass, and geothermal all cost less than $0.10/kWh, while offshore wind costs $0.13/kWh. More specifically, the cost of sustainable energy sources is decreasing year after year and will continue to do so as infrastructure improves. Solar power is down 13% year on year, while wind power is down 9%.

Why don’t we utilize renewable energy on a continuous basis?

If we ignore the fact that fossil fuels contain a significant amount of money, which many people are hesitant to give up, there are two major challenges to consider: capacity and storage. We now understand the need of transitioning away from fossil fuels and toward renewable energy sources, and adequate investment in these technologies has grown increasingly frequent in recent years.

The world’s ability to produce clean energy has increased dramatically over the previous several years, and this trend is expected to continue. Renewable energy, according to the Center for Climate and Energy Solutions, is the fastest-growing energy resource in the United States right now. During the years 2000-2018, it more than doubled in size and accounted for more than 17 percent of our total power output. As more governments and businesses see the crucial significance of transitioning away from fossil fuels, this growth rate will continue to climb.

At this stage, we are unable to rely only on renewable energy sources for our energy needs. There is insufficient capacity around the planet. However, as new sustainable energy projects come online on a regular basis, the picture is changing.

The second point to mention is storage. One issue with clean energy is that the sources are not always consistent in their availability. Solar electricity cannot be generated at night, and wind power cannot be generated when there is no wind. When it comes to grid-scale power, battery technology is still in its early stages, while recent developments in storage have started to make their way onto the scene.

Thankfully, new breakthroughs and advancements are occurring not just in the fields of automation and artificial intelligence, but also in the sector of energy generation. The most creative and promising energy technology is now referred to as „Neutrinovoltaic,“ Developed by The Neutrino Energy Group in order to Harness Neutrinos and other non-visible radiations for sustainable energy generation

Despite the fact that Neutrinovoltaic technology is one of the most recent types of energy generation, Neutrino Energy Group is glad to report that this paradigm-shifting technology is already creating ripples throughout the world. Neutrinovoltaic technology is derived from the terms “neutrino” and “photovoltaic,” and it generates electrical energy from the billions of ghostly neutrinos and other non-visible radiations that bombard everything every second of every day

Neutrinos move at the speed of light, propelled by the massive forces of gravity and cosmic winds created by the big bang’s explosion and the millions of stars that comprise the universe. These little traveling particles are likewise the result of stellar nuclear fusion, and they are classified into three types or flavors: electron, muon and tau. They also have the ability to exchange states as they travel, which means that any of the three kinds of neutrinos may be changed into another.

This feature leads Neutrinos to fluctuate along their journey, and it is this oscillation that creates subatomic vibrations and can produce electricity using a doped graphene plate pickup with cells particularly engineered to capture and transfer this energy into electricity.

In terms of efficiency and dependability, neutrinovoltaic devices, such as those developed by the Neutrino Energy Group, do not have the same shortcomings as solar energy. Neutrinos, for example, may travel through practically any known material, implying that neutrinovoltaic cells need not require sunlight to function. They may be used both indoors and outside, as well as underwater. Because of the simplicity with which neutrinovoltaic devices may be shielded while generating electricity, this technology is not harmed by snow or other inclement weather. Since neutrinovoltaic cells do not depend on visible light, they may continue to create energy even when the number of daylight hours is substantially decreased.

Consumer-grade products that might be utilized in a number of ways are currently being developed by the Neutrino Energy Group. Neutrinovoltaic technology has been shown to work very effectively in the laboratory. According to the Neutrino Energy Group, neutrinovoltaic energy will first be used for cellphones and laptops, as well as pacemakers and other small devices, but in the future, this energy source will be capable of supplying all of a household’s electrical needs.

How long will it take the globe to transition to renewable energy?

There are just too many variables to take into account in order to make an informed judgment. On the other hand, others estimate that by 2032, the globe will have reached a state of 100 percent renewable energy production.

Fossil fuels will be part of the scene for some time to come, but no one knows quite how long. The move to renewable energy is gaining momentum, and thanks to the Neutrino Energy Group and its Neutrinovoltic Technology more significant changes will occur and we’ll see a better, cleaner world.

The discovery of Neutrino Energy and other forms of non-visible radiation provides mankind with a long-awaited and dependable answer to the present energy issue. Neutrinovoltaic device research is still in its early stages, but it is expected that this breakthrough, like photovoltaic cells, would one day be universally acknowledged as a legitimate answer to the world’s energy demands.

The principle of power generation using non-visible radiation fields
Researchers built a nuclear physics simulation of neutrino-nuclei interactions
Related
Related contents and articles.
Related Posts
How the development of neutrinovoltaic technology can help the energy transition
Can the Car Pi revolutionize the industry of electromobility?
As the world struggles to address energy and climate issues, neutrino energy offers a solution
Neutrino Energy can accelerate the energy transition in unprecedented ways
Comments
All comments.
Comments
Cancel Reply