How electro mobility might help to mitigate global warming 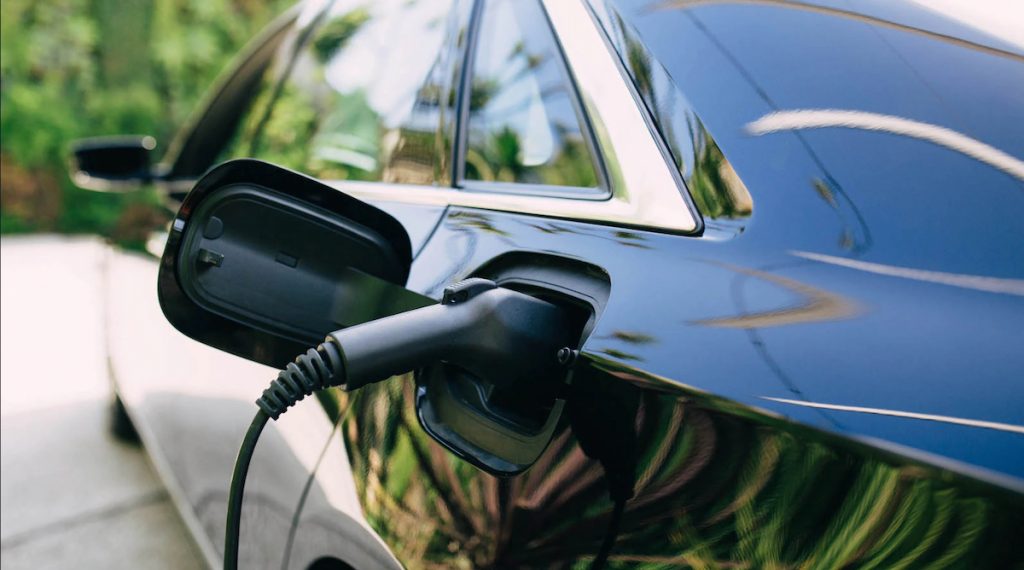 Transportation is undergoing dramatic upheaval all around the globe. More electric cars are on the road, more people are using ride-sharing services like Uber and Lyft, and the surge in telework during the COVID-19 epidemic has changed how people think about commuting.

Travel and transportation-related greenhouse gas emissions are increasing as a result of global climate change, accounting for 23 percent of worldwide energy-related carbon dioxide emissions in 2019 and 29 percent of overall greenhouse gas emissions in the United States. The structural changes that are taking place in the transportation sector may be able to help lower the industry’s carbon footprint in the near future. Will they, however, be able to lower emissions sufficiently?

Scientists from across the globe analysed the most recent evidence on climate change mitigation initiatives in a new report from the Intergovernmental Panel on Climate Change. The analysis states that, although lowering prices for renewable energy and electric car batteries, as well as policy improvements, have reduced the pace of climate change over the last decade, severe, urgent cutbacks are required to completely cease emissions growth and keep global warming in line.

The future of EVs

Since the introduction of the Tesla Roadster and Nissan Leaf to the market a little more than a decade ago, after the success of hybrid vehicles, all-electric vehicles have seen a significant surge in popularity. Global sales of electric passenger vehicles, including plug-in hybrids, are expected to reach 6.6 million in 2021, accounting for around 9 percent of overall automotive sales in that year.

Strong regulatory policies, such as California’s Zero Emission Vehicle regulation, which requires automakers to produce a certain number of zero-emission vehicles based on total vehicles sold in California; the European Union’s CO2 emissions standards for new vehicles; and China’s New Energy Vehicle policy, have all aided in pushing EV adoption to where it is today.

Many micro-mobility choices, such as autorickshaws, scooters, and bikes, as well as buses, have been electrified in addition to passenger cars. As the cost of lithium-ion batteries falls, these modes of transportation will become more inexpensive, boosting sales of battery-powered cars that formerly relied on fossil fuels.

It’s vital to remember that the capacity of electrifying mobility to reduce greenhouse gas emissions ultimately relies on how clean the electrical infrastructure is. China, for example, wants 20% of its cars to be electric by 2025, but its power infrastructure is still largely dependent on coal.

With worldwide trends toward greater renewable energy production, these cars will be associated with lower carbon emissions over time. When electromobility is combined with the power grid, there are several emerging and possibly promising co-benefits. The batteries in electric cars have the potential to operate as grid storage devices, which may help to stabilize the intermittent nature of renewable resources in the power industry, among other advantages.

Other modes of transportation are more difficult to electrify. Larger and heavier cars are less amenable to electrification because the size and weight of the batteries required quickly becomes unsustainable.

Alternative fuels such as hydrogen, improved biofuels, and synthetic fuels are being investigated as alternatives for fossil fuels in certain heavy-duty vehicles, ships, and aircraft. Most are not yet commercially viable, and significant technological improvements are required to assure they are either low- or zero-carbon.

Other approaches to reduce transportation-related emissions

While new fuel and vehicle technologies are often cited as decarbonization options, behavioural and other systemic changes will also be required to significantly reduce greenhouse gas emissions from this sector. We are already in the middle of these transformations.

Telecommuting: During the COVID-19 epidemic, the rise of teleworking and video conferencing decreased travel and, as a result, emissions related with commuting. While some of this will certainly recover, telework is expected to remain prevalent in many areas of the economy.

Shared mobility: Some shared mobility solutions, such as bike and scooter sharing programs, have the potential to move more people out of cars completely.

Car-sharing and on-demand services like Uber and Lyft have the potential to cut emissions if they utilize high-efficiency or zero-emission cars, or if their services are more oriented toward carpooling, with each driver picking up many customers. Unfortunately, there is a lot of ambiguity regarding how these services will affect people. They may also boost car usage, resulting in increased greenhouse gas emissions.

New laws, like as the California Clean Miles Standard, are encouraging firms like Uber and Lyft to utilize cleaner cars and carry more passengers, but it remains to be seen if other areas will follow suit. Cities that are conducive to public transportation: Another systemic shift concerns urban planning and design. Transportation in cities accounts for around 8% of worldwide carbon dioxide emissions.

How do these advancements result in decreased emissions?

The pace of transition accounts for much of the uncertainty in how much technology development and other systemic alterations in transportation effect global warming.

The latest IPCC report provides various alternative scenarios for how much emissions reductions may be achieved via transportation upgrades. To keep under the 1.5-degree Celsius (2.7-degree Fahrenheit) threshold for global warming, the carbon intensity of the transportation sector would need to reduce by roughly 50% by 2050 and up to 91 percent by 2100 when paired with a cleaner electrical system.

These reductions would need a full reversal of existing patterns of growing emissions in the transportation sector, but recent developments in transportation provide several chances to address this challenge.

As amazing as it is to see companies like Tesla and many others fight to reduce their greenhouse gas emissions, it still fails in comparison to what you are about to learn in the next few minutes.

Concerns regarding the infrastructure necessary to power an ever-growing car fleet are now being raised concerning the mobility sector as part of the automotive industry’s transition to a more sustainable strategy. However, inside the Neutrino Energy Group’s facilities, a team of engineers is developing a revolutionary idea based on Neutrino and other non-visible radiation capture technologies to generate electrical energy in its innovative CAR PI. This remarkable car produces its own energy by using neutrinos and other non-visible radiation, making it the world’s first automobile that does not need recharging at a typical charging station, instead pulling what it needs to circulate eternally, whether driving or merely sitting motionless. The CAR PI obtains a resource for its operation from an element of infinite availability, ecological and sustainable, thanks to the use of special nanomaterials such as doped graphene mixed with Kevlar and carbon fibre to create special cells that capture the passage of Neutrinos and other non-visible radiation, causing a subatomic oscillation, and thus contributes to the transition away from fossil fuels and toward clean and constant energy sources. Thanks to Neutrinovoltaic technology CAR PI is the world’s first entirely ecological and self-sufficient car in terms of use,

Between the respected C-MET institution in Pune, India, and the Neutrino Energy Group in Berlin, Germany, an agreement on partnership and cooperation has been struck. On the basis of this international collaboration pact, the CAR PI project will be developed, constructed, and manufactured. Due to the strategic contribution of the mathematical and physical scientists at C-MET, a very valuable integration in the development of the necessary materials for the construction of CAR PI, as well as the accomplishments of the Neutrino Energy Group, who already have several accomplishments in Neutrino technology to their credit, will be possible for the first time.

Thanks to Mathematician Holger Thorsten Schubart CEO of Neutrino Energy Group and Dr Vijay Bhaktar representative of the C-MET group of Pune India the CAR PI is soon to make its appearance on the roads of the world to make a historic leap in mobility technology.

Which type of renewable power could speed the energy transition and change our view on clean energy sources?
Related
Related contents and articles.
Related Posts
From Decentralized Small-Scale Power Sources to Massive Energy Breakthroughs
How Neutrinovoltaic Technology may help put an end to the current energy crisis
Can the Car Pi revolutionize the industry of electromobility?
Neutrino Energy can accelerate the energy transition in unprecedented ways
Comments
All comments.
Comments
Cancel Reply